‘Heroes with Grimy Faces’ – Winston Churchill coined the term and he was referring to the firefighters and the Civil Defence Workers who helped protect home soil during the Second World War.

I discovered Nottingham’s memorial to these unsung heroes in the churchyard of St Mary’s when I was looking for the grave of George Africanus and, as I usually do, I made a point of reading every name. These tributes are erected because the people on them deserve some recognition, the very least I can do is read ALL their names.

When I’ve read the names on War Memorials in towns and villages across the country often I have come across two, three, sometimes more of the same surname and been struck by the sadness that some lost multiple family members in the fighting. I look for patterns and I look for anomalies because that’s where I find stories… and I love stories.

On the St Mary’s memorial I was interested to see there were two women included in the lists of names. 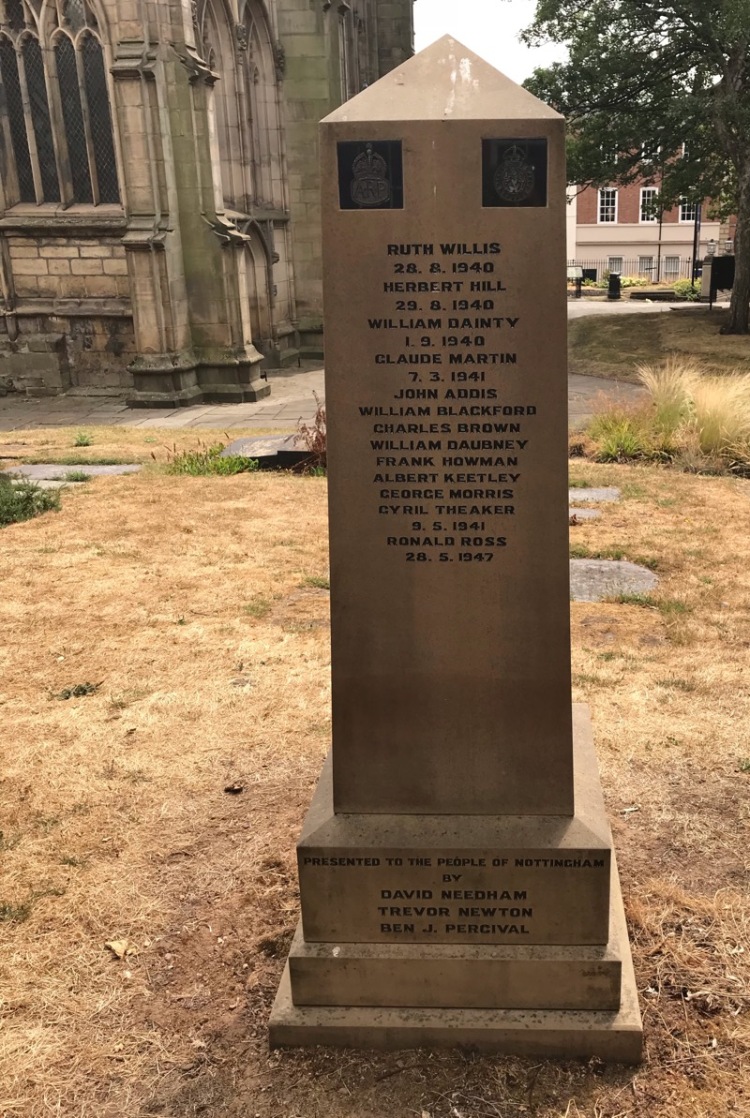 On August 28 1940 Ruth Willis lost her life and is immortalised at the top of this panel.

And on May 9 the following year Dorothy Coulson also died. Her name can be found midway down this panel on the memorial.

There are many men on the memorial too but the reason I am concentrating on the women is that I didn’t expect to see them there and so I wanted to discover more about them.

I am ashamed to admit that I had no idea about the bombings Nottingham suffered during the Second World War and I shall certainly be doing some more research into that at a later date. Forgive me, I’m a southerner. When I think of the Blitz, I think of it as being mainly in London, although some places like Coventry Cathedral also spring to mind. But I have little to no knowledge of what happened during the Second World War in Nottingham and I’ve added it to me ever-growing list of things to find out.

Trying to discover more about Ruth Willis and Dorothy Coulson, I came across this website which has information about all those featured on this memorial.

Ruth Willis was on duty with the Air Raid Precautions Service First Aid Party in Laxton when six bombs dropped just before 10.30pm on August 28 1940. She was standing near her front door when the first bomb fell in her front and was killed by shrapnel. Two other members of the first aid party were injured. The village school, farm buildings and several houses were damaged in the bombing.

Dorothy Coulson was a Firewatcher. On May 9 1941 fires were blazing in the factories and other buildings on Newark Street and Manvers Street following heavy bombing. Dorothy was in an underground shelter in Dakeyne Street when it was penetrated by one of the bombs. She was just one of 21 people who died as a result of that explosion.

The memorial also includes the names of firefighters who have died in the line of duty since the end of the Second World War. Thankfully the number of names is few, the final two being Philip Hunsley and James Quickenden.

Leading firefighter Philip Hunsley was 54 and was meant to retire but he’d stayed on for six months to train new recruits. He collapsed and died following a training session on March 3 1998. 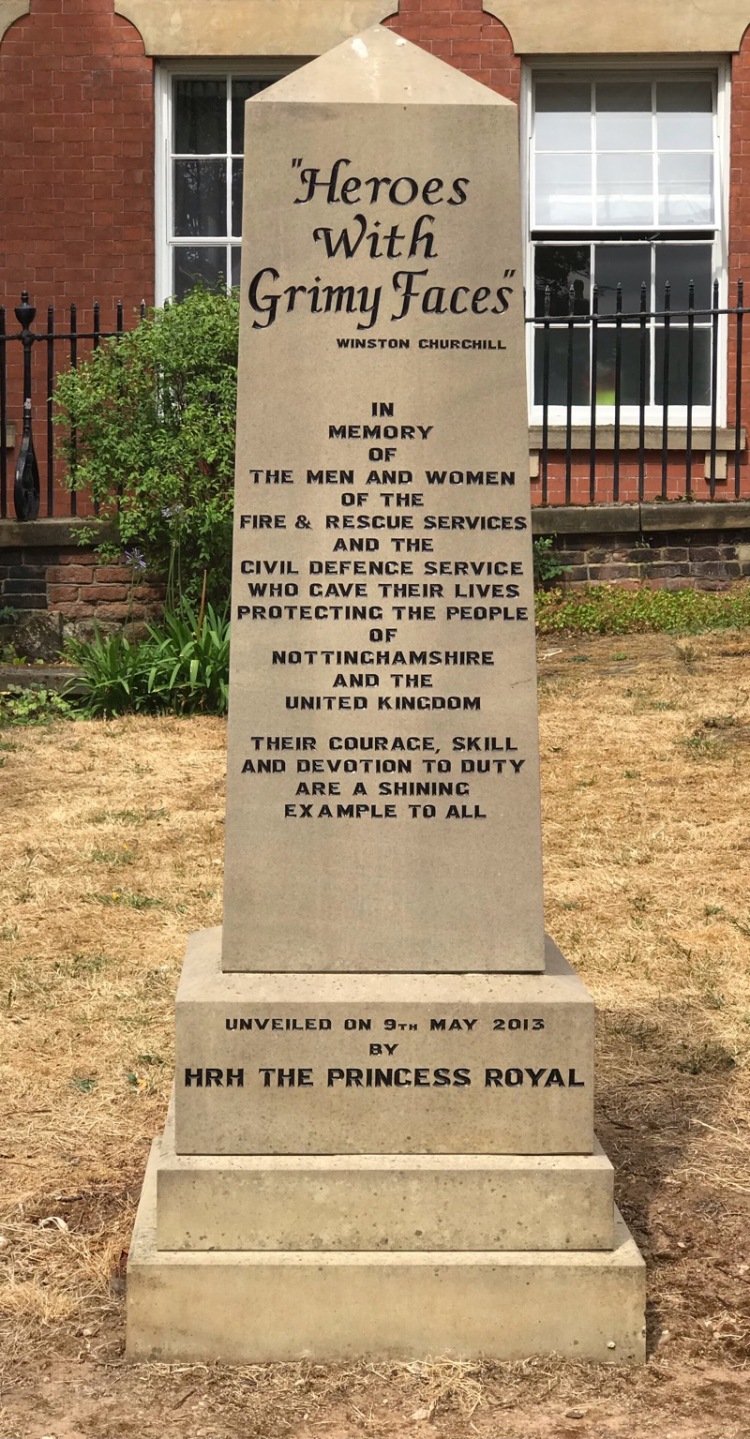 Princess Anne unveiled the memorial to these Heroes with Grimy Faces in 2013. That’s not actually that long ago and I’m surprised it took until then to commemorate these heroes.

Go to St Mary’s churchyard in the Lace Market if you get the time. Read the names. It’s the very least they deserve.

2 thoughts on “Who said heroes have to be clean?”