I’ve been neglecting the blog recently due to work commitments (sorry) but I’m on leave now until October 30, so be prepared to be inundated (sorry again) because I’ve still been doing stuff.

Last month I had the pleasure of being a guest on BBC Radio Notitngham’s Breakfast Show, talking about being new to Nottingham and wanting to learn about my new home. While discussing finding out about the history of the county, presenter Sarah Julian said I should visit Scrooby. Yes, that is a real place and no, I haven’t made it up. I’m always up for a road trip so Phill and I headed into the wide blue yonder – or up the A614 – to see what we could discover.

I was slightly concerned that my Sat Nav told me it was Scrooby, Doncaster;  Doncaster quite clearly isn’t in Nottinghamshire, thankfully Scrooby most definitely is because I checked it lay within the county lines on our return.

Scrooby , north Nottinghamshire, is not huge. In fact, it’s so small (population 329 at 2001 census according to Wiki) that it doesn’t even feature on road signs until you’re about one mile away. It’s not too far away from friends of mine who also relocated from Yateley to Nottinghamshire many years ago to breed Bassett hounds, but that’s another story entirely.

Scrooby may be a very small village – one church, one pub, no shop, a few houses and a village hall – but it has a HUGE claim to fame. It helped found the United States of America. At least, the village didn’t but two villagers did because they were among the Pilgrim Fathers who traveled on the Mayflower.

The village has a history trail – it didn’t take long because did I mention the village is very small?

We started at the village hall where we found an information board and a trail map. It tells of William Brewster, Richard Clifton, John Robinson and William Bradford who risked their lives and those of their families to form a Separatist religious group in Nottinghamshire because they viewed the Church of England as as corrupt as the Catholic Church of the time. Two went on to become Pilgrim Fathers – although they called themselves Saints apparently and not Pilgrims.

You can see part of the old manor house that William Brewster lived in and held his Separatist meetings (and the dovecote) from a viewpoint in the village. 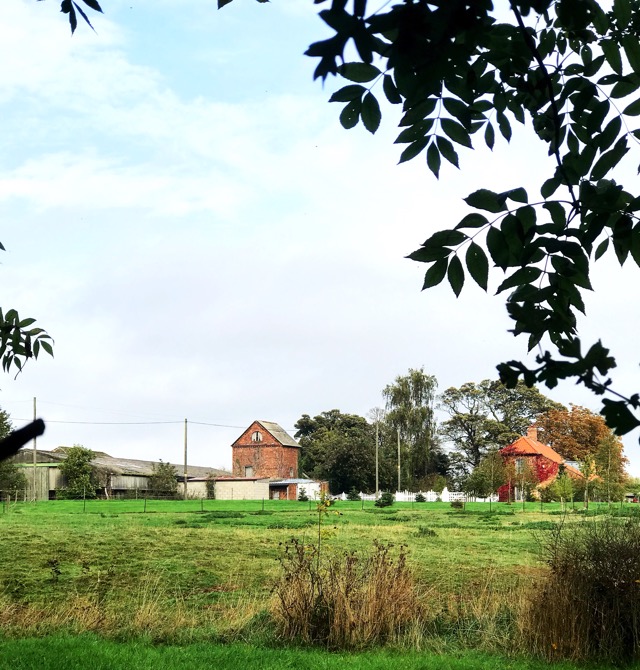 Wing of the manor house on the right, dovecote directly in the middle (mainly because I thought that bit that was the manor house until I got chatting to a friendly villager, showed him the picture and he told me otherwise).

Now I don’t know if we had actually discovered the correct viewpoint, although we had followed the trail, but this is where I was standing to take the shot above. 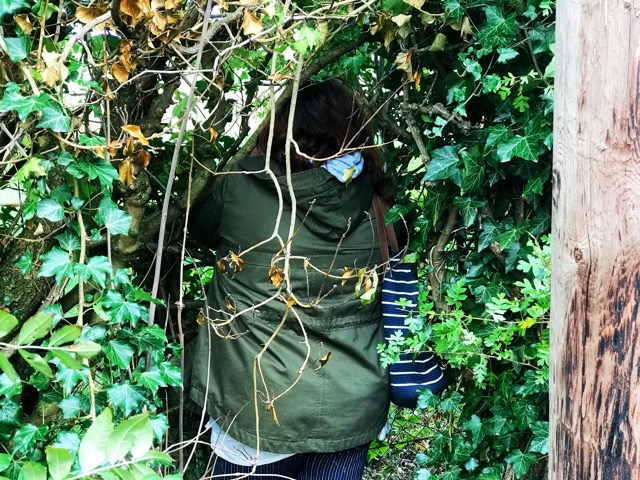 Our next stop was St Wilfrid’s Church – closed, unfortunately, but a beautiful building (pictured top) with another information board and some very interesting gravestones. It has medieval origins and is in a lovely setting. Brewster worshipped here as a child before he sought his religious freedom and there is a Brewster pew in the church.

The old Vicarage is next door and is another one of the seven points of interest on the short trail.

This is Mill House. Built in 1750, it used to be the miller’s house. And Monks Mill – which apparently has never had anything to do with monks or a monastry but did, in fact, used to be a watermill, is just around the corner. Maybe a former owner was called Monk. 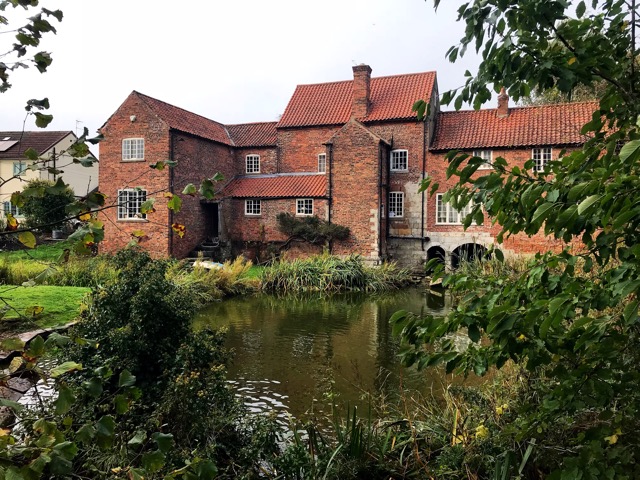 The house is in private ownership now and looks absolutely stunning. The owners have left a bit of a gap to the  rear of their moat that is genuinely a viewpoint (unlike the other one). The world’s noisiest ducks appear to reside in the moat and rush over for a quack if you approach. I suspect they’re expecting to be fed but we didn’t take any bread.

We finished our little journey at the Pilgrim Fathers pub a) because we wanted lunch and b) because it is number 7 of 7 on the trail. What a good call this turned out to be. Firstly it is run and staffed by the friendliest, most helpful people, secondly because the food was superb – try the trio of local sausages and mash, it was amazing, and thirdly because it holds a load of information about Brewster and his cohorts, carefully researched by Lauren the barmaid’s mum Denise Owen. They’ll lend it to you to read over lunch if you ask them.

The information Mrs Owen has gathered is fascinating. Did you know, for example, that there were meant to be two ships sailing for the New World but the Speedwell sprang a leak and had to  return to shore (twice) so many of those travelling on it decamped to the already-full Mayflower to make the journey? Or that almost half the crew and passengers died during the crossing? I counted the people on the passenger list and made it 103, with one of those being born on the journey and one on the boat but after they arrived. 53 of them completed the journey.

The boy who was born on the two-month sea crossing was named Oceanus. Well, I can see where his parents got their inspiration from but poor kid!

The information includes a full passenger list and some of the names are fascinating. Remember Allerton. No, I’m not asking a question, that was one of their names. There was a Humlity Cooper and a child whose first name was Resolved. It tells a lot about the parents’ religious views. William and Mary Brewster had two children, naming them Love – weird but ok I suppose – and Wrestling – no, seriously what?!? No matter how hard you are wrestling with your conscience/religion/royal family does any child need to be burdened with a name like that?

They arrived in America – at Cape Cod – in 1620, so in a little over a year’s time the 400th anniversary will be marked. On the journey, Brewster and his companions drew up the Mayflower Compact, it’s a set of rules about how they would govern themselves when they reached their new home. The compact this man of Scrooby helped write became the basis for the American Constitution.

That’s a very big legacy for such a very small place.

2 thoughts on “Scrooby dooby do, where are you?”